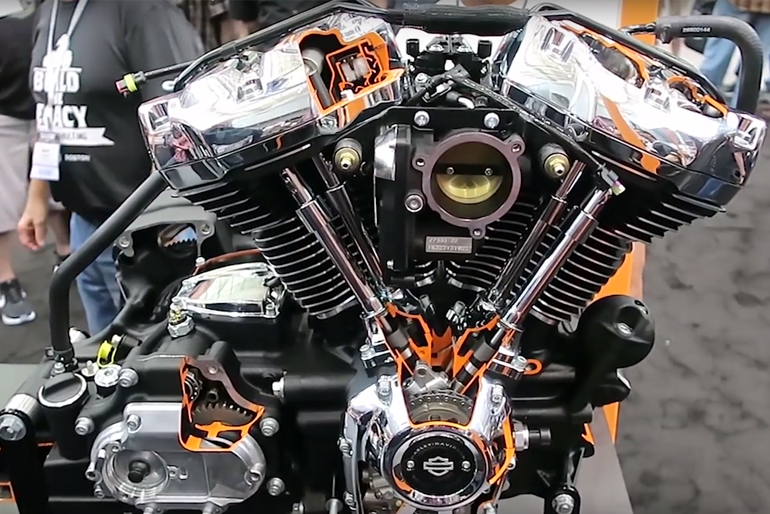 The fanfare for the Milwaukee-Eight has been huge. It's not every year Harley-Davidson decides to roll out a new engine, in fact, its not every fifteen years. In the 100+ years since the founding of Harley Davidson Motorcycle's, this is only the ninth installment of the signature Big Twin Engine. While the Milwaukee-Eight sits in the company of giants, it's not to be reckoned with. The engine has more power than any other Harley-Davidson motor in History. Suffice to say, the fans are celebrating.

Here are some of the features you won't find on the Harley's of old old Harley-Davidson engines:

-8 valve (hence the number 8 in the engines moniker) 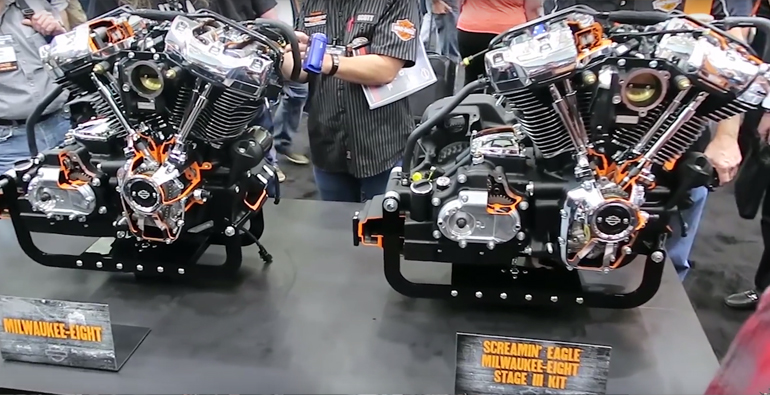 This last feature just so happens to be a major selling point. Many Harley motors in the past have had excessive engine noise, a problem Harley-Davidson claims to have eliminated completely.

If you've seen one if these beauties up close you are lucky indeed. The slimmed down appearance of the Milwaukee-Eight leaves you with a stunning impression.

The new touring bikes will have more power than ever before but, in typical Harley-Davidson fashion, there is also the option of adding the signature Screamin' Eagle Performance Parts to the Milwaukee-Eight. This gives Harley-Davidson owners the opportunity to enhance their motorcycle's performance up to another 24 percent on top of the original enhanced specs of the engine.

If a revamped engine wasn't enough, Harley has also tuned in to the requests if their customers and decided is was time to make a suspension change too. Showa has jumped on board to build the suspension. It's collaboration and innovation that seems to be at the helm of Harley-Davidson in 2017.